We are very excited about going to Camp Bestival with our yarn-bombed van this week!

Camp Bestival is a multi-award winning festival that combines an all-encompassing family festival experience with an action packed camping holiday.
The sister festival of the Isle of Wight’s Bestival, in its first year Camp Bestival was awarded Best New Festival in 2008 at the UK Festival Awards and has since won Best Family Festival four times at the awards in 2014, 2013, 2010 & 2009.

Set in the majestic grounds of Lulworth Castle, on Dorset’s dramatic Jurassic coastline, Camp Bestival is jam-packed with entertainment, from stellar musical morsels and cultural delights to stunning sideshow attractions and lashings of family fun.

Featuring a truly enormous kids’ area, the little’uns will be utterly spoilt for choice. With a host of thrilling activities from soft play and circus skills to go-carts and glitter, there’s plenty of excitement for kids of all ages. Plus, there are kids’ shows and performances on the Castle Stage and in the Big Top, daring antics to be had at the Freesports Park, and fairytale escapism in the Dingly Dell.

Camp Bestival’s amazing music line-up is curated by renowned music specialist Rob da Bank whose penchant for eclecticism has seen the legendary likes of Chuck Berry, Basement Jaxx, Madness & Blondie playing alongside hordes of up and coming acts that we’ve given a nurturing nudge on their way to stardom, including Florence & the Machine, Ed Sheeran, Ellie Goulding, Mumford & Sons, London Grammar, Clean Bandit and Gabrielle Aplin, amongst many others. From folk and dub to drumstep and jazz jungle, there’s guaranteed to be something to get you and the kids throwing shapes long into the summer evenings.

With a consummate arts programme that offers the best in contemporary theatre, performance, spoken word and discussions, there is a wealth of entertaining wonder and intellectual nourishment for all ages to get stuck into. Add to that amazing street eats and gourmet treats, fantastic campsite facilities, all sprinkled liberally with Camp Bestival’s own inimitable brand of magic and you have a unique start to the summer holidays and the ultimate family festival experience.

The wonderful world of Bestival was born out of ten fun years of pioneering music events and record releases from Rob da Bank’s Sunday Best empire. The BBC broadcaster had a dream to one day create his vision of how the modern day festival should be. Along with Creative Director and wife Josie da Bank and co founders / partners John and Ziggy from Get Involved that dream was realised with Bestival and then further fulfilled with Camp Bestival.

We really hope to see you there.. 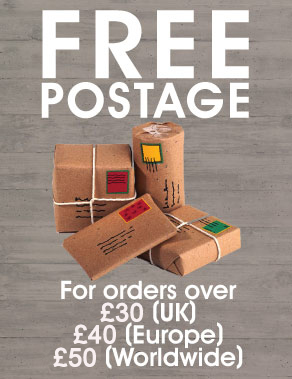